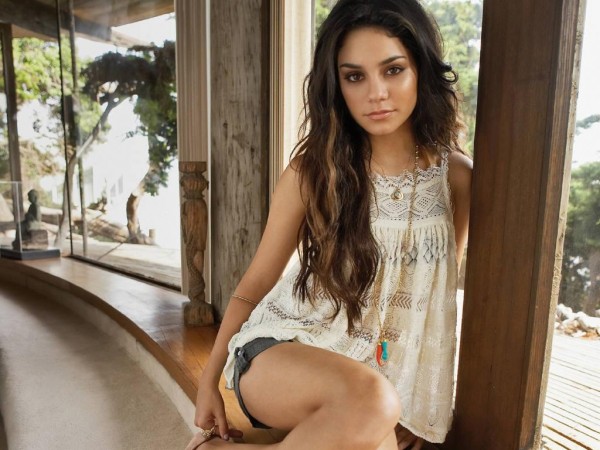 Vanessa Hudgens was born in Salina’s California in 1988. When she and her sister were young they were moved to San Diego and it soon became apparent that Vanessa had a passion for music. By 8 years old Vanessa convinced her parents to let her try out for numerous local musicals. Where she showed she had talent in both singing and acting. She then decided to spend time in London studying Drama and music. In 2002 Hudgens landed a guest role on two TV sitcoms Still Standing and Robbery Homicide Division. A year later she was seen in the film 13 alongside Rachel Evan Woods. She followed that up with numerous TV appearances. Vanessa hit it big in High School Musical she then went on to star in High School Musical 2 and 3. In 2006 she signed with Hollywood Records and released her album V. In 2007 a bunch of nude photos of Vanessa appeared on the internet her and her publicist went on damage control and told everyone that the pictures were taking in private and that it was a terrible thing they were leaked. Despite the scandal Disney continued to work with the young star. In 2008 Vanessa released her second album Identified. In 2009 well working on a film more nude photos surfaced of hudgens and they proved to be even racier then the previous ones.