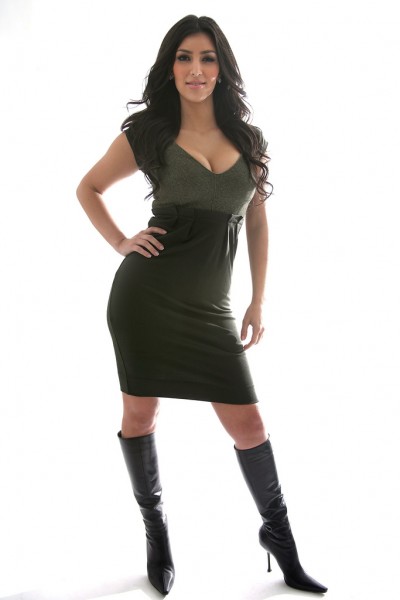 Kim Kardashian was born in Los Angeles California in 1980. Her father was a lawyer for the O.J Simpson trial. Her and her siblings lived a very privileged life. Kim was befriended by Paris Hilton and has other major connections including Nick Lachey, Nick Cannon, Ben Roethlisberger and Damon Thomas whom she married from 2000-2004. However it was her relationship with Ray J that has gained the most attention. The two had a sex tape that was leaked and sold to a porn company for 1 million dollars. She denies having any involvement in the leak and believes that Ray J wasn’t involved either. Kim is also part owner of a clothing store which she operates with her sisters. Kim is also the star of the reality show Keeping up with the Kardashians which first aired in 2007. She also appeared in Playboy that same year.