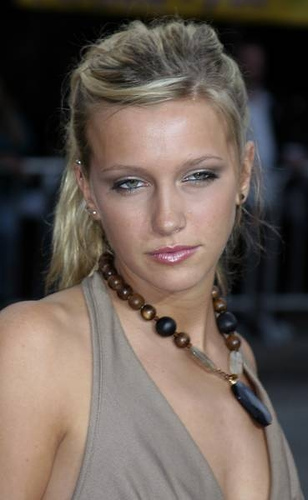 Katie Cassidy was born in was born in Los Angeles California in 1986. She spent her time playing guitar and piano skills at local theaters. In 2002 she acquired a record deal to sing one of her father’s hits I Think I love you making her a star and landing her a role on VH1’s Bubblegum Babylon. Soon she had many TV and film roles under her belt including The Division, Listen Up, The Lost, and 7th heaven. By 2004 she had received so much exposure she cashed in on modeling opportunities with Abercrombie & Fitch as well as Guess. In 2006 Katie appeared in Adam Sandler’s comedy Click and in the thriller When a Stranger Calls. In 2006 she also made an appearance in the remake Black Christmas. Katie is also set to appear in the new Melrose Place. It is also rumored she will be appearing in the film Lucy Ewing in 2010 playing a role that Jessica Simpson was hoping to land.