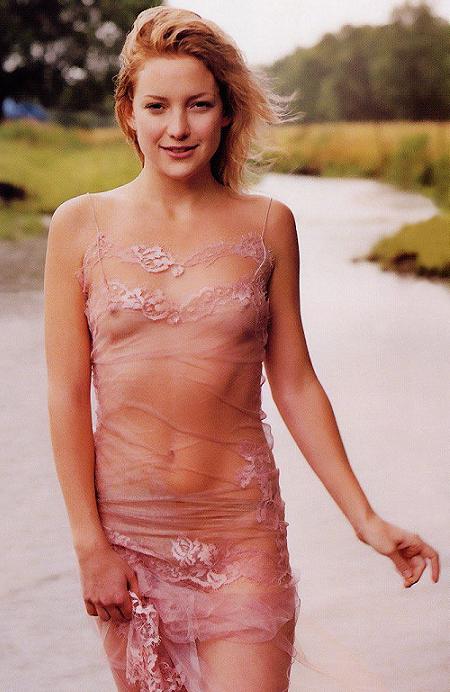 Kate Hudson was born in Los Angeles California in 1979. She is the daughter of Actress Goldie Hawn and singer/comedian Bill Hudson. Only a couple months after Kate’s birth her parents divorced and her father has been out of her and her brothers life ever since. In 1983 Goldie met Kurt Russell who has lived with her family for the past 18 years. She considers Kurt to be “Pa.” Just like her mother young Kate wanted to take up acting, but her parents wanted her to take another path. However at 7 Kate got her first taste of acting when she appeared in the film “Wild Cats” alongside her mother. Since then Kate has appeared in movies like 200 cigarettes, Raising Helen, The Skeleton Key, Fools Gold, You Me and Dupree, How to Lose a Guy in 10 Days, and My Best Friend’s Girl. Kate married Chris Robinson from the Black Crows in 2002 and the two had a son together however they divorced by 2006. Since then Kate has been seen dating Owen Wilson.