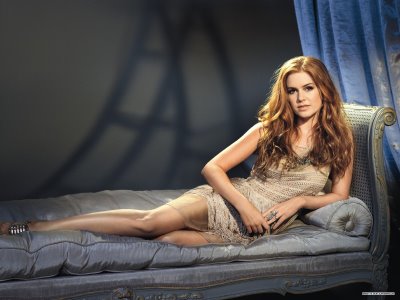 Isla Fisher was born in Muscat Oman in 1976. When she was younger her parents moved her and her four brothers to Australia. By age 9 she appeared in TV commercials which helped her realized she wanted to get into acting. In 1993 she won roles on the shows Bay Cove and Paradise Beach though the two only lasted about one season. She got her first serious role on Home and Away where she played character Shannon Reed from 1994-1997. In 1996 she wrote two books targeted for teenagers and they were both Top sellers in Australia. Fisher began dating Sasha Baron Cohen and the two were engaged in 2004. When he signed a deal that would take him to American Isla came along and the two moved into Jennifer Aniston’s old house. She would later kick them out after her breakup with Brad Pitt. She had a role in Scooby Doo, The Wannabes, and Dallas 362. In 2005 Isla had a role in the comedy The Wedding Crashers. In 2007 she appeared in the thriller The Lookout and the movie Hot Rod. Later that year as her and Sasha got more comfortable in the U.S they found out they were expecting their first child and their daughter Olive was born in October. Since then she’s been in Horton Hears a Who, Definitely, Maybe and Confessions of a Shopaholic.