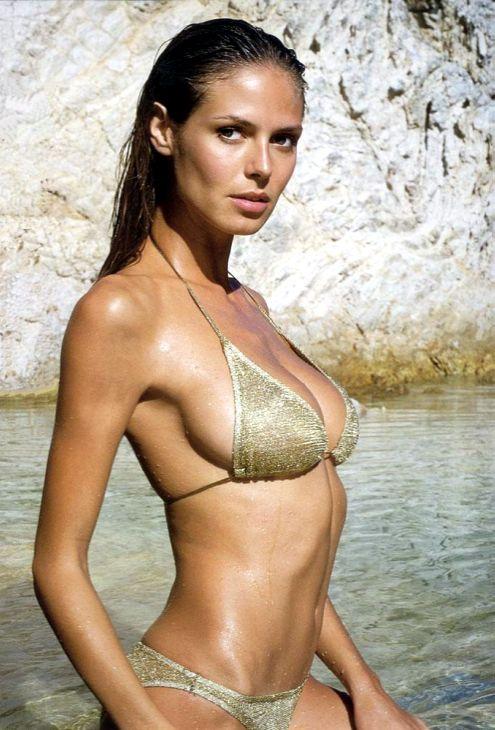 Heidi Klum was born in Bergische, Gladbach Germany in 1973. She was first discovered in 92 in a modeling competition organized by a NY modeling agency. She won the competition and appeared in the Petra catalogue. She was offered a 300 000 dollar 3 year contract but turned it down in order to finish high school. Not even a year later she was studying to be a fashion designer when she decided to try modeling again. After a couple gigs in Europe then moved to the U.S. By 1997 Heidi had her first of many Victoria’s Secret runway walks. That same year she married first husband Ric Pipino. The two divorced in 2002. She has since been romantically tied with Anthony Kiedis and Flavio Briatore with whom she had her first son with. In 2005 she happily settled down with British Pop singer Seal and the couple have since had 2 children. Well she had posed for many magazines the one that got her most noticed was her Sports Illustrated 1998 Swimsuit edition. Not only is she a model but she’s had brief acting roles on shows like Spin City, Sex in the City, and CSI. Heidi has been met with great success with her reality show “Project Runway”