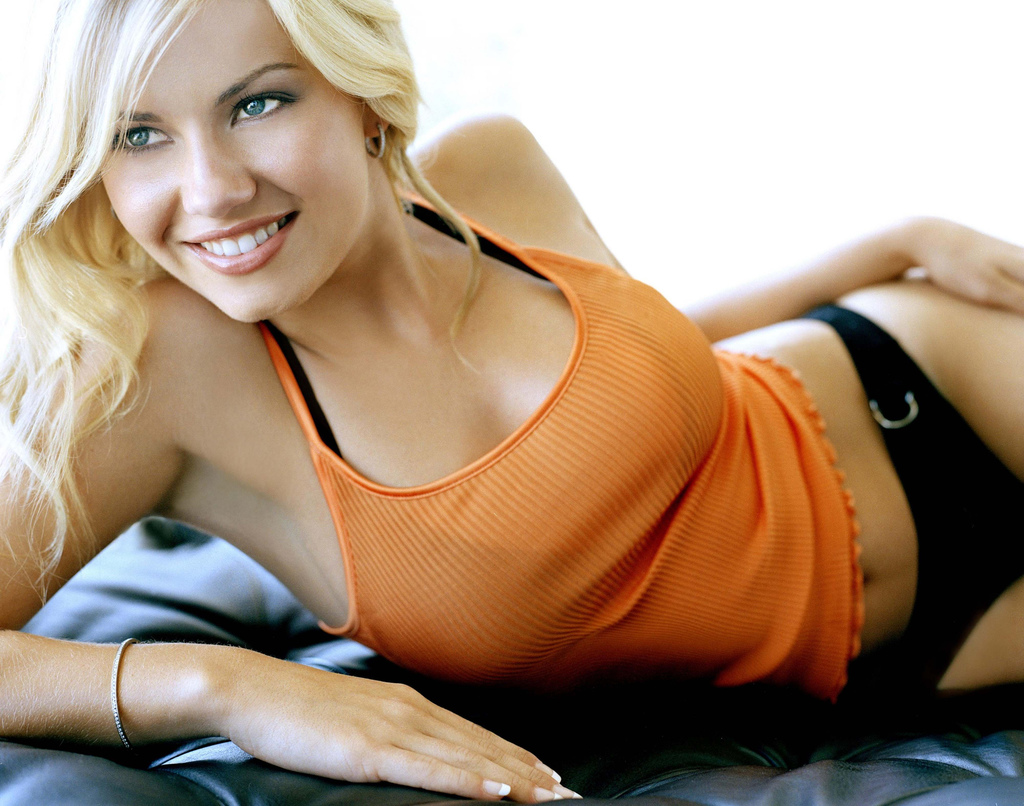 Elisha Cuthbert was born in Calgary Alberta in 1982. Her angelic looks led to modeling and it wasn’t long before she was posing for numerous advertisements. Elisha grew up in Montreal and began to take an interest in acting. She first appeared on Are You Afraid of the Dark. Her comfort in front of the camera led her to host Popular Mechanics for Kids. In 1997 she made her first movie debut in Dancing on the Moon. In 1998 she then appeared in Nico the Unicorn, and in 2001 she starred in Lucky Girl. That same year she auditioned for a role on a new TV series 24. The show was an instant success and literally transformed Elisha into a sex symbol overnight. In 2003 she appeared in Love Actually and Old School and it was obvious to everyone she was meant to be a star. In 2004 she made it big with her first starring role on a big time Hollywood motion picture The Girl Next Door. In 2004 she left 24 but still had roles in movies like House of Wax, and Captivity. Elisha is currently dating Dion Phaneuf.