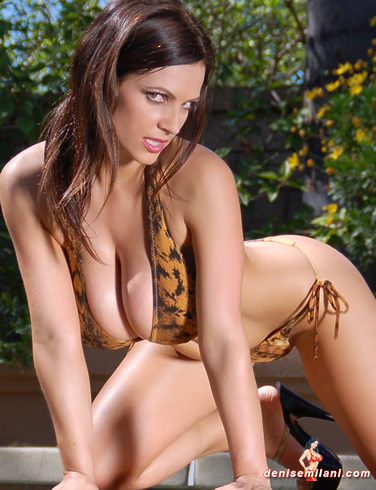 Denise Milani was born in the Czech Republic in 1980. At age 13 she stuck out from her peers when her body began developing. She was encouraged to try modeling and soon began appearing at car shows, and in bikini contests. She was soon invited to model for the online website SPORTS by BROOKs and became one of the sites most popular models and she soon began appearing at many promotional events. Due to her popularity she created a MySpace page and eventually her own website in 2007 which is updated nearly 3 times a week with new pictures and videos.