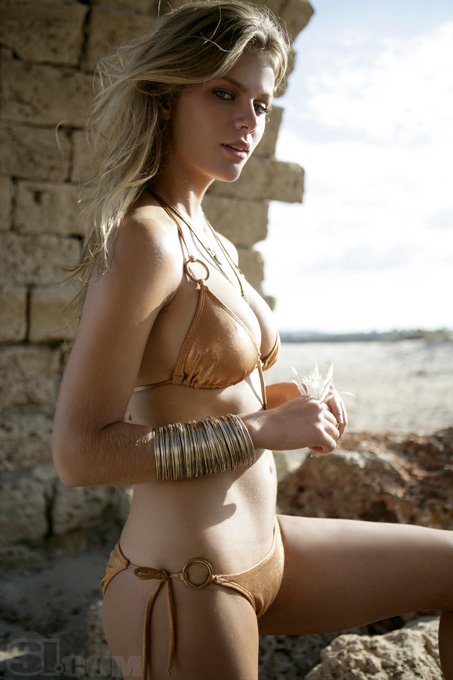 Brooklyn Decker was born in Kettering Ohio in 1987. Her parents were medical professionals who love animals which is why Brooklyn wanted to become a veterinarian when she grew up. When she was in her early teens Brooklyn was discovered in a mall in North Carolina. Her modeling agency got her to enter many competitions. In 2003 she won the model of the Year award. As her popularity grew Brooklyn was posing in Teen Magazine, Vogue, Seventeen, FHM, Glamour, Spin and Cosmopolitan. She decided to leave Carolina and move to New York. Within 2 months of moving to New York she was asked to audition for Sports Illustrated. She hit the gym and ate healthy for 3 weeks and her determination paid off. She was selected to be on the cover of the 2006 edition. Victoria’s Secret caught wind of Brooklyn and got her to pose for their swimsuit issue. She got engaged to tennis player Andy Roddick and the two will be married sometime in 2009.