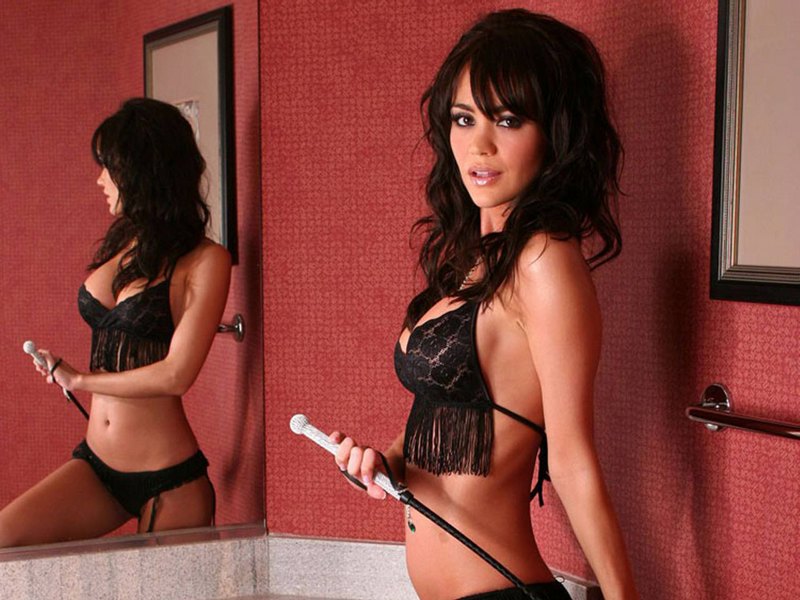 April Scott was born in Poplar Bluff, Missouri in 1979. When she was a teenager she entered into many beauty pageants and even won the Miss Missouri Peach Queen, a pageant in her hometown. She has a Major in Theatre studies and a Minor in Rhetoric. When Scott moved to L.A she didn’t have much money and no contacts. However within a week of arriving she met with a talent agent who encouraged her to also pursue modeling as well as acting. Scott has since appeared on shows like the shield, CSI Miami, and entourage to name a few. April Scott is also case holder #14 in the game show “Deal or No Deal.” She even appeared in a music video for Motley Crue. As for modeling she’s appeared in Glamour, Elle, In Style and Best Body. She is also the new face of Merle Norman Cosmetics and Dream Girl Lingerie.